From iconic historic preservation to production work on some of Broadway’s hottest shows, McLaren’s Entertainment Engineering team has been adapting the Belasco Theatre to meet its ever-changing needs for decades.

Originally built in 1907, the Belasco Theatre, located at 111 W 44th St, underwent a meticulous 2-year, $14.5 million floor to ceiling restoration by The Shubert Organization before being unveiled in 2010.

Although touted by some as Neo-Georgian or Edwardian in design, the theater is uniquely Belasco-esque in style. Just like the impresario David Belasco himself, the interior theming of the intimate space is a beautifully eccentric and dramatically ornate Gaslamp fantasy of theatrical magic. Drenched in a palette of deep reds, umbers and greens, the space is adorned with a coffered ceiling, Tiffany stained glass lighting and is enclosed in classical murals.

McLaren’s entertainment team served as the structural engineer to restore the interior architectural space to its original elegance. We also set out to improve patron usage and provide mechanical and electrical services. After years of disrepair, the Belasco Theatre’s interior was meticulously restored its original beauty just in time for its 100th year anniversary.

Belasco, a proponent of the “Little Theater” movement conceptualized the auditorium of the theater as an intimate, warm living room. Its shallow depth of creates a dramatic experience with the proximity of the audience to the actors with a capacity for approximately 1,000 patrons. The auditorium was magnificently revitalized by Francesca Russo’s architectural design, which included the rediscovery and restoration of beautiful murals by Ash Can School artist Everett Shinn and Albert Crisp.

McLaren began work by investigating and then designing restoration for the elegant private box seating that now flanks the proscenium. The boxes had been modified differently at stage left and right during the 1970s. For the restoration, the architect developed new geometry to maintain sightlines.

Additionally, new lighting pipes were installed along the faces of the mezzanines. They were conspicuously placed to minimize visual impact. McLaren also designed steel framing behind the plaster walls to support new light ladders that “float” next to the plaster wall. Select elements that support theatrical rigging in the stage house were also reinforced to support desired loads.

Modifications to the patron stairs were also designed by our team. The changes created interior access to the upper mezzanine, which had only been accessible from the street. Structural engineering services were also provided to renovate and convert the basement into a big patron lounge with large restrooms.

Behind the stage house, a new dunnage platform was constructed to support HVAC units and a generator. Numerous MEP system upgrades required structural engineering support. Other large mechanical units and associated ductwork were placed inside the theater. The smoke purge system in the stage house was modernized to a mechanical system, requiring structural modifications that McLaren designed.

This restoration followed a prior stage house refurbishment project, in which McLaren designed a new stage floor and provided load ratings for the gridiron.

David Belasco’s abandoned duplex apartment above the theater auditorium was also partially updated during the renovation. The Belasco apartment, as it is called, had been largely vacant for seventy-five years (except for its fabled ghosts) and closed to the public. Originally styled in Gothic church decor, prior renovations of the space had filled the apartment with ductwork. McLaren helped relocate the ducts to make the apartment more accessible if utilized in the future. The work also improved air circulation in the auditorium below.

Although less impressive than its stunning interior, the façade of the Belasco Theatre is a traditional brick with limestone trim and a classic iconic Broadway marquee. Structural modifications were required as the marquee was reconfigured to restore it to its original appearance. Investigations revealed corrosion to tie rods supporting the marquee. McLaren worked with the steel contractor to develop reinforcing for these areas.

From custom rigging to stage design, mechanical show effects to kinetic elements and architectural theming, McLaren has also helped create some of the most celebrated Broadway shows at Belasco Theatre. Our entertainment engineering services help develop never-before-seen productions that transport the audience into the production as David Belasco intended.

Our work began as we transformed the theater for classic productions like “Dracula, the Musical”, “Journey’s End”, “Passing Strange”, “Twelfth Night and Richard III. McLaren continues to provide back of house and front of house engineering support for Belasco Theatre’s most recent performances including:

Adapted from the 1976 film, “Network” follows the unexpected rise and fall of news anchor Howard, who unravels live on-screen during his final broadcast. The anchorman played by Bryan Lee Cranston won a Tony for Best Performance by an Actor in a Leading Role in a Play.

The balcony box lighting brackets, previously reviewed by McLaren for the production of “Blackbird”, were set to have an increased loading for this immersive experience. McLaren updated the structural engineering analysis of the brackets and provided a structural engineering review for the stage extension, bar platform and theatrical scenery platform. 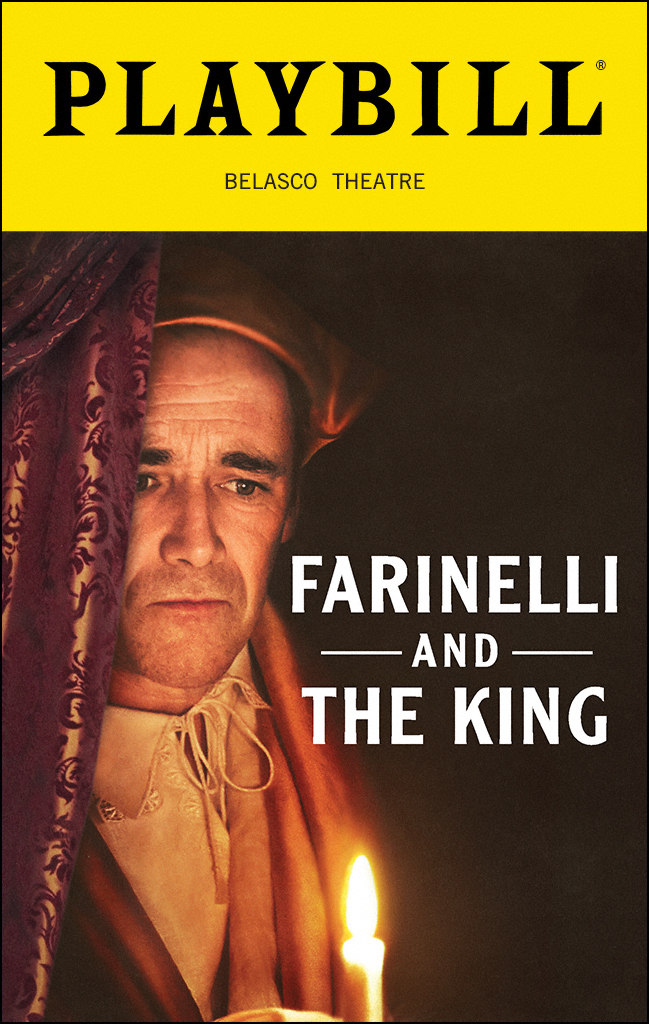 Farinelli and the King

The play tells the tale of a bipolar King Philippe V of Spain torn between duty and a role thrust upon him in his youth, and an Italian singer, who’s body was cruelly mutilated at age 10 to retain vocal purity, divided between his achieve famed and solitude.

Scenic elements fabricated for London’s show were shipped to Showmotion’s shop for use on Broadway. McLaren visited the location to investigate the condition of scenic elements for installation, clarify the construction methodology and identify potential design issues. Through analyzing the materials, connections, use and forces several design and structural concerns were identified on the audience seating platforms, musician’s gallery, egress stairs, proscenium columns, and show deck. McLaren provided structural engineering reinforcement recommendations and coordinate with Showmotion to determine shop-implemented solutions to ensure they meet NYC Building codes and withstand the lateral loads of their intended use.

The revival of this autobiographical “memory play” tells the story of a young man named Tom, longing to escape the narrow apartment where he lives with his faded Southern belle of a mother named Amanda, played by Sally Field.

McLaren provided structural engineering services for alterations to the stage for the run of the show. Stage alterations include partial removal of one 20” steel beam, the addition of steel members to frame out the resulting stage edge, the addition of support columns/shores, and of the removal of substantial areas of wood framing that was replaced with mechanical lifts and reconstructed wood framing.

“Blackbird” only stars Jeff Daniels and Michelle Williams, two deeply troubled lovers, or predator and victim, who meet again 15 years after their affair or crime was abruptly terminated. This one-act play is set in a trash-strewn, gray and white corporate conference room suffused with a fluorescent glare. McLaren conducted a structural analysis of existing balcony rigging brackets for show loads of approximately 100 lbs of lighting per pair of brackets that help bring this deary site to life. 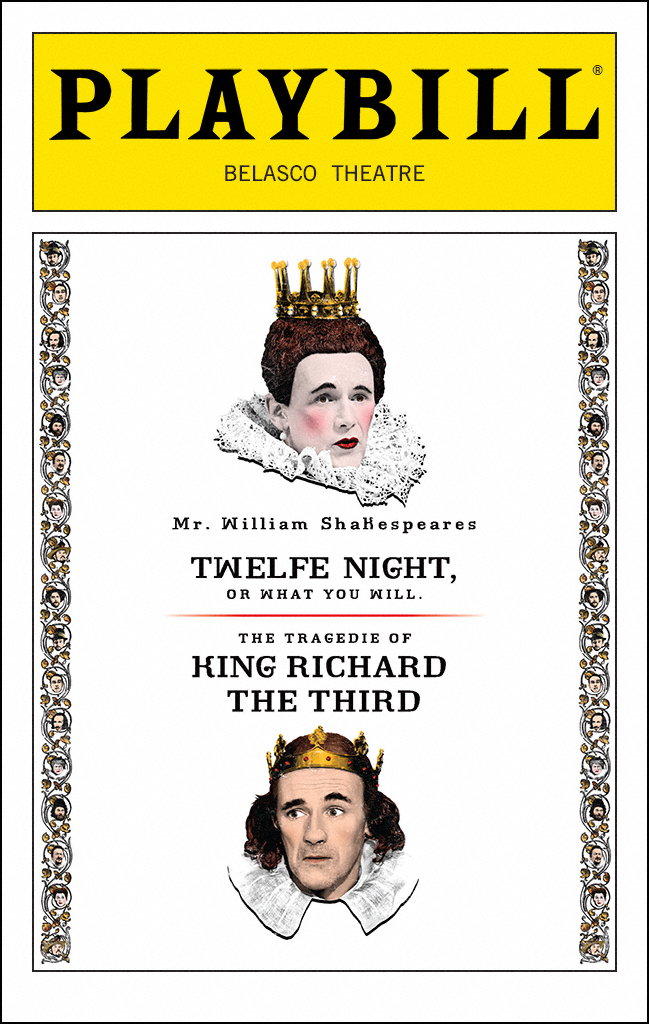 Direct from a sold-out run in London’s West End, the critically-beloved, Shakespeare’s Globe productions of “Twelfth Night and Richard III” came to Broadway for a 16-week limited engagement. The set replicates one of the great halls where Shakespeare and the rest of the company performed and includes seating right on the stage for some members of the audience.

McLaren evaluated the two-level audience seating structure and associated stair unit located on the stage floor as well as a step unit from the auditorium floor to the stage for use by the audience members. We also reviewed and redline drawings furnished by the Client’s scenic contractor. During set design, McLaren conducted a site visit to inspect the completed structures for NYCDOB sign-off.